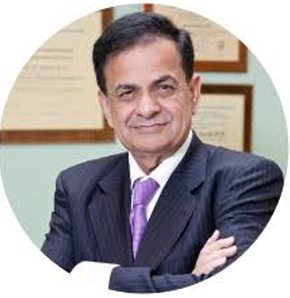 Sudhir M. Parikh, M.D., is one of the most honored Indian Americans. Topping the honors is the 2010 Padma Shri conferred by the President of India, Prathibha Patil. With this award, Dr. Parikh has become the only Indian American to receive all three of the most prestigious awards – The Ellis Island Medal of Honor, the PravasiBharatiyaSamman and the Padma Shri. In March 2012, recognizing his philanthropic contributions, Dr. Parikh has been nominated as Knight of the Ecumenical Hospitaller Order of St. John Knights of Malta. He is the recipent of the 2006 Pravasi Bharatiya Samman, bestowed on non-resident Indians by the Indian government. The U.S. Congress recognized this honor with a mention in the Congressional Record.